We consider helping people who complain on social media that authorities have covered up honour killings as our most important task because we believe that honour killings should always be dealt with by authorities in accordance with laws and regulations in order to combat the phenomenon.

Broad criminal prosecution in the case of an honour killing

All persons who have played a role in the background of a murder, with the aim of restoring a violated sense of honour or making a scenario in which loss of face could occur an impossibility, should be presented to court by authorities without shame based on the true facts of the case. 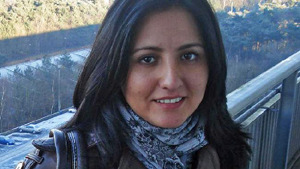 On December 7, 2009, the beautiful Afghan student Narges Achikzei (23) is burned alive by MDNDR021, who is the sister of a friend of Narges her fiancé Haroen Mehraban in Zeist in The Netherlands.

Local residents say that the woman was married via an informal Muslim marriage and was already living with the man she was supposed to have officially married 2 weeks after the assassination.

Police and Justice knew Narges Achikzei and Haroen Mehraban because of their escalated legal conflict with Ralph Geissen, the woman’s ex-employer. Both parties filed charges.

Narges Achikzei, Sahar Achikzei, Haroen Mehraban and their lawyer Ruijzendaal accused the former employer of stalking by email, defamation and slander because they claim that they do not know “Narges Mehraban and her husband” against whom at least 60 reports have been filed because of internet fraud.

A prosecutor even had an appointment with Narges Achikzei and her lawyer Ruijzendaal in his agenda to discuss their defamation case against her former employer at the time Narges Achikzei was liquidated.

Initially, an anonymous detective involved in the murder investigation honestly informed the media through a short interview at a radio station. He stated: “Female victim of an honour killing and because of corporate extortion!”

This quote is believed to have been adopted by several media companies and used as the basis for five news items in which the murder was matched with honour killing as a motive. Narges Achikzei’s family and friends logically reacted strongly to the news and contested that honour killing was the motive for the murder. According to her family and friends, Narges Achikzei was the happiest girl on earth and had only one enemy: her former employer Ralph Geissen.

Police spokesman Thomas Aling stated that he was familiar with the most frequently mentioned motives for the murder of Narges Achikzei such as honour killing, extortion of a company and a completely escalated legal conflict, but that a completely different motive such as a jealous love rival could also be a possibility.

On television, the authorities asked the population to help them find the right motive for the murder. It was explicitly stated that people did not have to call the police to point out the legal conflict in which Narges Achikzei was involved. A conflict that according to the police spokesperson had nothing to do with her islamic background.

Subsequently, Dutch investigators denied that in the initial phase of the murder investigation they had brought it to the attention of the media that Narges Achikzei was a victim of an honour killing. The team leader even swore on national television that there were no indications at all of sn honour killing and that Narges’family had nothing to do with it. 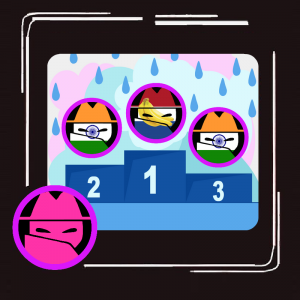 The team leader is even said to have told the commissioners of the murder that Narges Achikzei’s former employer is frustrating the murder investigation with his publications on the internet.

The  final judgments of the courts state that executor MDNDR021 first visited Narges Achikzei’s parents who live a little further down the same street half an hour before the murder.

Because of the totally corrupt approach of the police force of Zeist and the Public Prosecution Service of The Netherlands, the murder of Narges Achikzei is now officially a murder without motive because executioner MDNDR021 has contradicted jealousy in all court hearings and the most frequently mentioned motives such as honour killing, extortion of a company and a completely escalated legal conflict have not been discussed by the police and the Public Prosecution Service.

Executioner MDNDR021 said she was not in love with Haroen Mehraban and said she was not jealous of Narges Achikzei. According to her lawyer Ausma, the Public Prosecutor could not substantiate the jealousy motive and so there must be something else going on.

Officers involved in Narges Achikzie’s escalated legal conflict subsequently felt insulted because Ralph Geissen warned everyone that officers at police Zeist deliberately covered up an honour killing and 60+ reports in order to cover up their own corrupt actions prior to the burning alive of Narges Achikzei. On the basis of an insulted officer’s report, the Public Prosecutor’s Office started a criminal case against Ralph Geissen for alleged defamation, slander and insulting officials in office. This criminal case will soon be brought before the Court of Appeal of Arnhem-Leeuwarden. Here you will find the subpoena from the Public Prosecution Service.

The Inspectorate for Justice and Security is of the opinion that the Court of Appeal can judge impartially, without any intervention on their part, whether this is the worst cover-up affair in our history or whether that this is a case of defamation, slander and insult of civil servants in office in accordance with the official statements of insulted police officers. 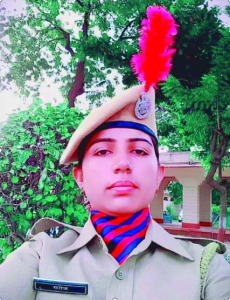 On January 10, 2018, the body of a female policewoman named Saroj Mahila (24) is found under suspicious circumstances. She would have hanged herself according to the stories of her family.

According to her fiancé Hemant Mohanpuriya none of those stories are true and according to him Saroj did not want to cooperate in a forced marriage and was punished for it by her own family.

Because Saroj’s brothers also work for the police, Police Rajasthan did not investigate this case professionally, but dealt with the murder as if it were a suicide.

The victim Saroj had complained about her family to a Women’s Committee in Jaipur on 27 November 2017. Her family would have forced her to live with a man she was married to when she was just 2.5 years old.

Saroj refused to go with the man and declared that she wanted to marry a man of her own choice and asked for protection against her family.

The Women’s Committee had given her shelter in a hostel in Jaipur. A few days later her brother Shivlal, a head policeman, came to Jaipur and promised the authorities that they would not force her into a relationship.

On December 12, 2017, Saroj was sent home with her brother. On January 10, 2018 she was found hanging from the ceiling fan of her house in the presence of her family.

Saroj’s brother had filed a complaint against Hemant Mohanpuriya for so-called defamation, slander and insult because Hemant referred to them in a report and on the internet as being responsible for the murder.

The chairman of the Justice Committee Prakash Tatia decided in October 2019 that the Indian government should pay a symbolic compensation of USD 1,500 to whistleblower Hemant Mohanpuriya as a token of appreciation for his relentless efforts to obtain justice for the victim and the hardships he experienced because of the actions of the police. 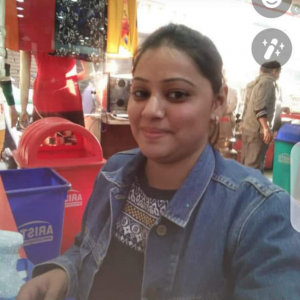 Deeksha Gupta (24) studied at a university and was in love with one of her classmates. The love was mutual and they wanted to marry each other.

Both of them talked to their parents about the marriage plans. The boy’s parents agreed, but the girl’s parents did not want it. They were totally against their love. Deeksha often tried to convince them of the importance of wanting to marry a man of her own choice, but they did not agree and told her that she should not have any more contact with that boy.

When Deeksha’s parents and other family members discovered in February 2019 that Deeksha was still in contact with that boy, they locked Deeksha in their home. They forced her to leave her studies and research projects behind and she was not allowed to contact others in any way.

Deeksha did not agree to break up with her boyfriend. Then family members decided to kill her. They had a license for a gun. On August 16, Deeksha was shot twice.

When the neighbors came to the sound of gunshots, Deeksha was lying dead on the ground. Neighbors were told that the girl committed suicide, but how can someone commit suicide by shooting herself twice? Then they asked their neighbors to help and protect them from the police and the media.

The neighbours listened. Nobody called the police. Instead they went to her cremation, two hours after her murder. They didn’t have dry wood for the cremation, so they used gasoline for it and the unburnt remains were thrown into a river to destroy all the evidence.

Due to attention through social media the police somehow got in touch with the family, but by then it was already too late. Family members reacted as if nothing serious had happened, the girl suffered from Diarrhoea and she died from it. So it is a natural death and no criminal case will be opened. They had collected all kinds of false documents about her illness.

The reasons why officials at the police and the Public Prosecution Service sometimes choose to secretly deal with an honour killing in the legal sense as if it were a suicide, family tragedy or crime of passion are probably related to (political) influence from above, widespread corruption, high work pressure and a cover-up culture.

If potential perpetrators of an honour killing know that they live in a country with authorities that turn a blind eye to the issue, the number of honour killings in that country will increase because of the low perceived chance of being caught.

If authorities within the EU comply with laws and regulations and always prosecute in a broad way in the case of honour killings, then the perceived chances of the perpetrators being caught will increase and it cannot be excluded that some may even refrain from committing an honour killing because broad prosecution of the entire group of perpetrators will bring them a whole mountain of misery that they do not want.

Do you know of any honour killing that has been covered up by authorities and that is even worse than the cases in our list? Then contact us and we will see how we can do justice to the victims in that case.